Inside Out: Portraits of Children

Inside Out: Portraits of Children Trailer 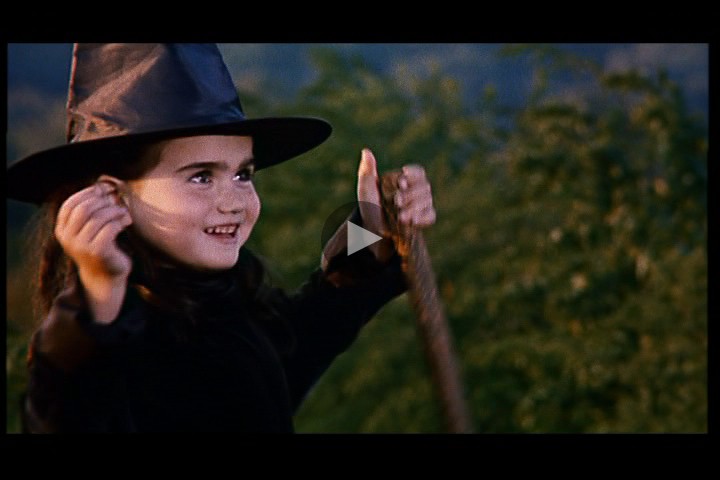 The children in this intimate documentary tell their own life stories with humor, sadness and honesty. The world is portrayed as experienced by each child narrator, including elements of fantasy. Factors including divorce, adoption, religion, immigration, cultural legacy and death in the family are addressed as these children from diverse backgrounds internalize the world around them with unnerving precocity. The relationship between knowledge and loss of innocence is a central theme. Funny, sad, playful and riveting, these portraits reveal identities in the process of development.

The film was selected for the MoMa New Documentary Series at the Museum of Modern Art in NYC. Additionally, it screened at The Museum of Tolerance and at The Seattle International Film Festival, as part of a Special Event Series described in the program as "Films for Families: Screenings that give families and young people of all ages the chance to view the best movies by young-at-heart filmmakers from around the world."

Inside Out: Portraits of Children was purchased by Showtime and had its television premiere on the Sundance Channel.

'Portraits of Children:' Joanna Lipper's film journeys to a world of fairies, elves and imagination."
— Read the entire article in The New Haven Register

"This compelling documentary takes family film-going to a new, participatory level as children and parents recognize and respond to these portraits of kids from around the world. For child audiences, the film offers a way of understanding and getting closer to other children who may have grown up in circumstances different than their own. For parents, the film sparks a better understanding of the issues children face while offering insight into the tremendous depth of what they feel and absorb... An unforgettable testament to the transcendent power of imagination."
— Children Magazine

"In this film, Joanna Lipper succeeds in capturing the imagination and dreams of her subjects. The enchanting sense of magical reality that she creates encourages us to join her on a journey into imagination and memory."
— Sheri Artzi, The Jerusalem Newspaper

"After one of the young girls on the Children’s Jury of the Chicago International Children’s Film Festival watched an American documentary called, Inside Out: Portraits of Children she gave it a perfect score. On her evaluation sheet she wrote, 'I’ve always imagined there was a fairy tale village in my back yard. This movie made me feel not afraid to tell anyone.' May Pietz Behrend, who is the Children’s Jury Director, says that the young girl’s reaction epitomizes the significant role that cinema can play in the lives of young people. 'Isn’t it nice that a movie can liberate you in that way?' she said. 'I think this demonstrates the power of good film.'"
— Nancy Maes, The Chicago Tribune 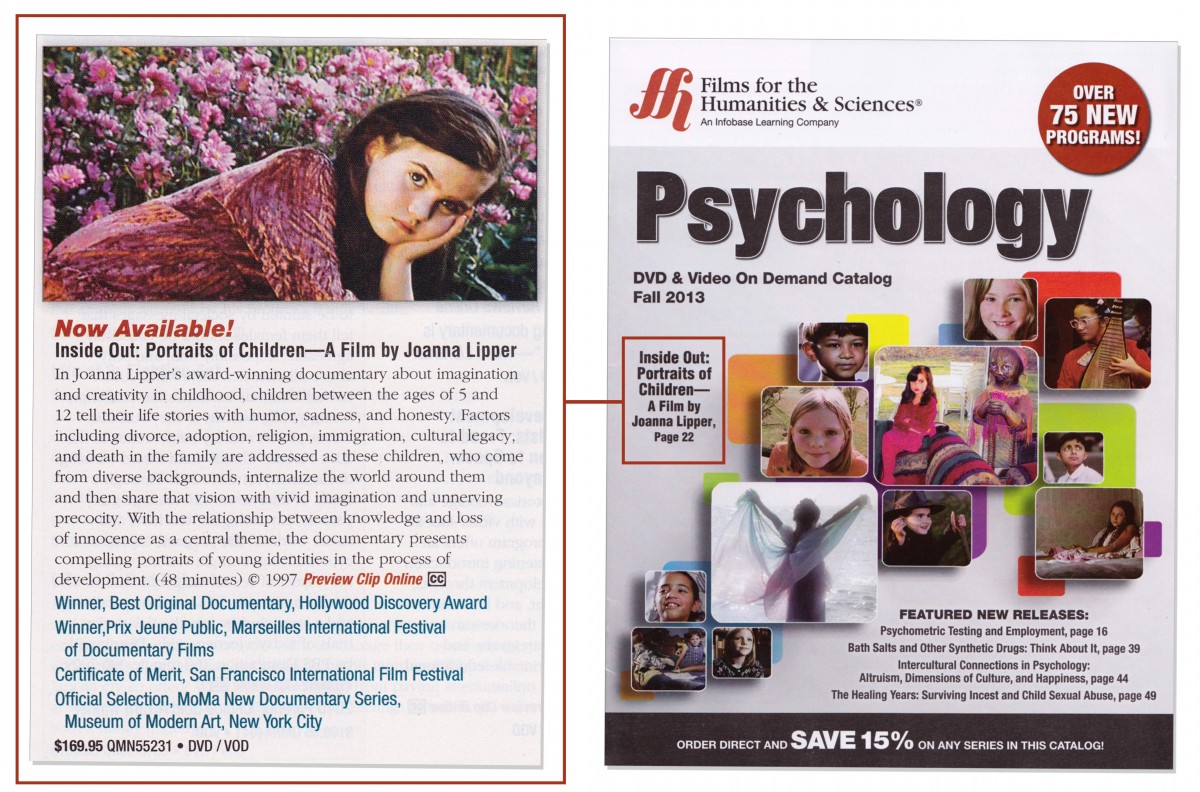 Inside Out: Portraits of Children at Films for the Humanities & Sciences